As described by Nicholas Carlisle in 1818.

Abraham de la Pryme (1671–1704), the Yorkshire antiquarian had this to say about Brigg Grammar school in August 1697 :-
"There is a pretty school-house at Brigg, but not very well situate, nor very well contrived; it was built and endowed by one Sir John Nelthrop after his death. These Nelthorps (of which there is several in this country), descended all from one Tho. Nelthorp, who was taylor to Queen Elizabeth, who got a great estate under her, and purchased several houses in Hull, and several manors in this county."

GLANFORD BRIDGE alias BRIGG. Sir John NELTHORPE, Bart., by his Will dated the 11th of September 1669, vested certain Estates in Trustees, for the building and endowing a FREE GRAMMAR School on lands purchased by him near the Town of Glanford Bridge: And the present School, with suitable dwellings for a Master and Usher under one roof, were erected in 1674.


The Endowment consists of a small Farm at Fulsby, and some dispersed lands in the neighbourhood of Horncastle, -and others, in the Parish of Ulceby, appropriated to the Usher. Out of the rents of which the School-house is kept in repair, the Master and Usher receive their Salaries, and Two poor boys are clothed, maintained, and educated from the Parishes of Leggesby, and Fulsby. The rental of all these Estates amounted, until lately, to £160. per annum; but upon the conclusion of some leases, the Master's part now lets for £240, per annum, out of which he maintains the Two poor boys, -and the Usher's part for £100.

The benevolent Founder directed, that the boys born in the Town of Brigg, and in several other Parishes, where he had estates, should be taught the Learned languages, gratis, -and that all other boys, "wheresoever born," should be instructed in reading, writing, and arithmetic, free of expense. The Trustees have, however, limited the number in the School to EIGHTY. The places of these are filled up, as often as vacancies occur, most honourably by the Master "without demanding any Entrance money."

The ETON Grammars are used; and the system of Education is intended to be the same as that at ETON COLLEGE. Scholars have gone off to each University promiscuously, but have neither Scholarships nor exhibitions from the School. Two late Pupils will take their first Degree at Cambridge next Term, and being the foremost of their year, in their respective Colleges, are expected to stand high in The University Honours. One of the Mathematical Professors in The East India College was educated here, and he is also a Fellow of St. John's College, Cambridge.

The Town of Brigg stands in Four Parishes, and had originally no place of Worship under the Establishment nearer than one mile and an half. In the year 1699, Four Gentlemen built and endowed a small Chapel, and vested certain Estates in their own Heirs and the Trustees of the School. The first Minister of this Chapel was also Master of the School, -his name was JAMES COOK, -and his right to the appointment being disputed by the then Vicar of the Parish in which the Chapel stands, the matter was compromised, and a Bond from the Vicar, dated the 17th of October, 1709, was given, by which he binds himself and his Successors never more to molest the said JAMES COOK, or his Successors in the School, from officiating in the Chapel. In this, however, the Vicar seems to have exceeded his powers, for the present Vicar enjoys and claims the Chapel Estates in virtue of his Office as Vicar.

There are no precise directions in the Will, as to the persons to be appointed. The Head Master who was appointed about the year 1713, was a Layman, and he continued to preside over the School FORTY-FIVE years, which probably lost the Chapel to the Schoolmaster. The Trustees have presented to the Preacher-ship at Barrow, worth about £200. per anum; but the Vicars of Market Raisen and Leggesby enjoy the Tythes before mentioned; without any special appointment from the Trustees of the School.

The Vicarage of Market Raisen is in the gift of the Crown, and the Parish was inclosed by Act of Parliament about 50 years since, without any claim being made by The Trustees, and an Allotment of land given in lieu of all Tythes without any distinction; so that an application to the Court of Chancery will be necessary to (distinguish what belongs to the Vicar, and what to the Preacher appointed by The Trustees).

In order to pay the expense of the Meetings of the Trustees, to examine the proficiency made by the Scholars, which The Founder directs, shall take place twice in every year, they have the rent of an estate at Gainsborough, now let for £12. per annum.

The Market Town of Brigg lies in a narrow Valley, on the river Ancholme, which is navigable 19 miles up the Country, and was noted for its eels in the time of CAMDEN. A considerable Trade is carried on here in corn, coals, and rabbit skins. The Valley runs North and South, and the adjacent Hills are well wooded. 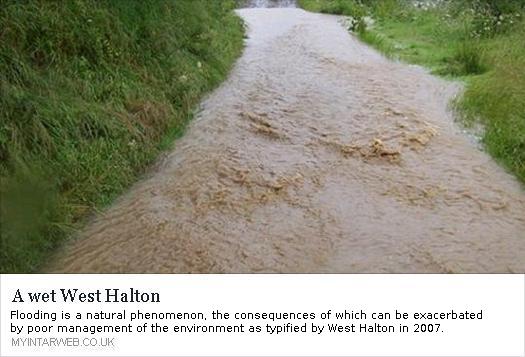