Eleven sovereigns and a nice piece of bacon.

The county of Lincolnshire, following the 13th of December 1836, has been thrown into the greatest consternation by the discovery of a deed which has not been equalled in the calendar of crime in England for many years. The unfortunate victims were an aged couple, brother and sister, of quiet and industrious habits, residing at Kirton in Lindsey, about 17 miles north of Lincoln, where, for a number of years, they had pursued the occupation of gardeners, and, by dint of frugality and persevering labour, had saved money enough, with the addition of a mortgage, to purchase the premises which they occupied, a very respectable house nearly adjoining, and four acres of land.


William Marshall was the name of the man, and Deborah Elizabeth Hutchinson, that of his sister; the latter lived some years ago with Lord William Beauclerc, and was at that time noticed for her saving disposition. Two women, named Elizabeth Beech and Rosamond Sampson, worked for Marshall and his sister, and were accustomed to go to the house about eight o'clock in the morning: and leave at five o'clock in the evening. On going, as usual, on Saturday morning, they were both informed that a suspicious-looking fellow had called the previous evening, during tea time, and first asked to purchase some apples, next some potatoes, and at last some onions. The latter were procured for him, but he made an excuse for not taking them away, saying he had no basket, and he promised he would call next day: the old people, in describing him, said he was muffled about the neck with a "comfortable" (or cravat), wore a dark jacket or coat, had long projecting teeth, smoked a short pipe, and looked very much like an Irishman named John Dimsey, who formerly lived in the town, but who had been away seven or eight months.

On Monday morning, which was Kirton fair-day, Elizabeth Beech went to her work as usual, and again left at five o'clock in the evening, having first put a pot of potatoes on the fire. On proceeding to Marshall's house on Tuesday morning, she found the shutters as she had left them the previous night; but upon applying her hand to the latch of the door, it immediately flew open, when she entered, and, unclosing the shutters, perceived the legs of her mistress beneath some bags. She speedily called assistance, and, the bags being removed, one of the most horrid spectacles presented itself it is possible to conceive. There lay the body of the unfortunate woman, the head and face covered with wounds and clotted blood; her features were scarcely discernable the socket of her left eye was empty, and the eye was found adhering to a sweeping-brush which was under her, the right jaw was broken, the cheekbone also, the temple beaten in, and other parts.of the skull fractured. Beneath her head and shoulders was a pool of coagulated blood, the upper parts of her garments being completely saturated in it. The head was leaning against a door which leads to the staircase; her legs were lying towards the middle of the room, which is about four yards square, and opens into a space immediately adjoining the street or high road.

On proceeding to the staircase, which is separated from the room by a sort of closet about a yard square, the body of was next discovered, presenting an equally ghastly object, being surrounded by another pool of blood, and the features from the injuries received alike undistinguishable; the poor old creature's head was resting against the wall, his right arm was on the bottom step of the stairs, and one of his legs nearly touching the head of his unfortunate sister; his hat was found under him, bent by his weight, and the indentation was filled with gore; his smock-frock appeared as though it had been dipped in blood. The bone of his nose was broken, and the nose pressed upon the right side of his face; there was a deep wound extending from the left eye to the temple, another upon the skull, which had penetrated to the brain, and three others from one to two inches in length. The injuries appeared to have been inflicted by a bricklayer's brick hammer, used at both ends.

The murder, it is supposed, must have been committed between five and half-past eight o'clock in the evening, as the old people usually went to bed at the latter hour, and their dress when found was the same as that they had on when Beech left them. After completing his deadly work, the inhuman wretch proceeded up the stairs, and took the clothes of Hutchinson's bed, which he placed over the window, to prevent the light being seen he then broke open Marshall's box, and took out a purse containing, it is supposed about 11 sovereigns; some silver spoons which were in the box were left behind, as well as a silver measure and sugar-tongs; indeed, the only articles missing besides the money were a great coat, a cavalry pistol, and a piece of cooked bacon. Marshall, who seldom had much money in the house, had to pay £15 interest money the day after the murder, and it is surmised that this must have been known to the party who committed the deed.

John Dimsey, the person whom the old people supposed the stranger to be, who called on Friday evening, was strongly suspected of the foul deed. Dimsey arrived at Kirton on the very evening, and about the time Marshall and his sister were visited by the stranger. He is proved to have worn a dress corresponding with the description given by Mr Hutchinson, and not to have gone out of the house where he was staying at Kirton, from the time he entered till about half-past six on the evening of the murder, when he left, and said he was going immediately to Gainsborough, Instead of going in the Gainsborough direction, however, he was seen proceeding towards Marshall's house, which is an opposite road, and two hours afterwards he was found walking on the Scotter road. There was, moreover, a short pipe found under the corpse of Marshall, which was of different make from the Kirton pipes, and answered the description of the pipe which Dimsey generally smoked.

An inquest was held on the bodies on Thursday morning, and the facts which have been explained in the preceding summary were detailed in the evidence then given. The jury consulted for some time, and at length returned a verdict of "Wilful murder against some person or persons unknown". Two of the jurors refused to sign the verdict, they being of opinion it ought to have been against John Dimsey. The investigation terminated shortly before midnight. The murders remain unsolved. 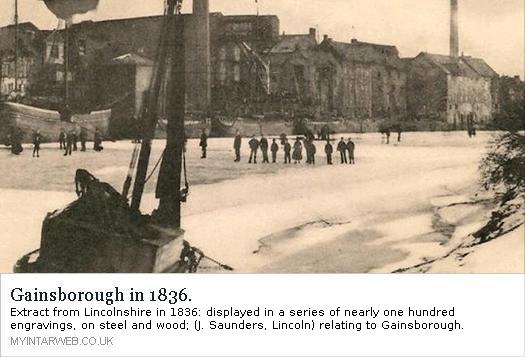 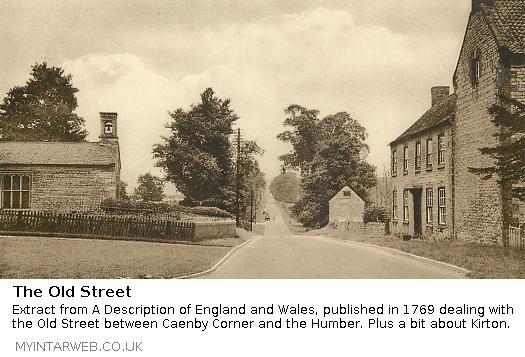