Transcribed from the Kelly's Directory of Lincolnshire MCMV

KIRTON-IN-LINDSEY is an ancient market town and large parish, on the western side of a commanding eminence, with a station on the Grimsby and Cleethorpes section of the Great Central (late M. S. and L.) railway, and is 10 miles east from Gainsborough, 18 north from Lincoln, 7 south-west from Brigg and 154½ from London, in the West Lindsey division of the county, Corringham wapentake, parts of Lindsey, Glanford Brigg union, Brigg county court district, petty sessional division of Gainsborough, rural deanery of Corringham, archdeaconry of Stow and diocese of Lincoln. Some of the shops and houses are lighted with gas, but not the streets.

The church of St.Andrew is an ancient structure of large dimensions, in the Norman, Transitional and Early English styles, consisting of chancel, clerestoried nave of four bays, aisles, baptistery (formerly south porch), and a large western tower, of Early English date, with Perpendicular parapet and pinnacles at the angles, containing a clock and 6 bells: in the church is the effigy of a cross-legged knight in chain mail, much dilapidated, with his feet upon a griffin, and the church retains an aumbry, an altar slab and two good piscinæ: the old south doorway, now in the baptistery, is most beautiful Early English, and in fine preservation: the east window was filled with stained glass in 1868, as also are two small lancet windows in the baptistery and four others in the chancel: the font, of stone, with small marble columns, is a memorial to the Rev. Robert Ousby, 32 years curate of the parish: the church was restored about 1860, under the direction of Mr. J.H. Hakewill, of London, when the tower was opened to the nave, a new chancel arch built, the roof enriched with hammer beams and carved ribs, and the interior reseated with open benches: the restoration of the chancel, undertaken by the Ecclesiastical Commissioners, was superintended by their architect, the late Mr. Ewan Christian; the chancel windows were renewed, the Norman priests' door renovated, an arcaded stone reredos erected, and the interior refitted with carved oak stalls: on the reopening of the tower arch a double arch was discovered, which is a rare and picturesque feature: there are 500 sittings. The register dates from the year 1585, but is very imperfect: there are churchwardens' accounts from 1484. The living is a discharged vicarage, net yearly value £280, with residence, in the gift of the Bishop of Lincoln, and held since 1874 by the Rev. Robert Henry Charters B.A. of St. John's College, Cambridge, and surrogate. The Baptist chapel, built in 1663, was rebuilt in 1841 and restored in 1899, and will seat 300 persons; the Wesleyan chapel, built in 1840, has been enlarged; the Primitive Methodist chapel was rebuilt in 1862; another Primitive Methodist chapel in this parish is used by the villagers of Grayingham.


There is a Subscription Reading Room with a library of about 500 volumes. The funds of the dissolved Grammar school, endowed by decree of the Court of Exchequer in the year 1517, are now, under the provisions of a new scheme framed by the Charity Commissioners, in 1879, controlled by a body of 10 governors, three of whom are appointed by the County Council, two by the Gainsborough magistrates and two by the Rural District Council; these seven are representative governors for five years, and appoint three other governors for eight years; two fellowships, each worth £60 per year, with rooms and commons, at Magdalene College, Cambridge, and 7 scholarships, worth £22 10s. founded by Sir Christopher and Lady Wray, about 1596, were never awarded, and cannot now be traced: the endowment of about £100 is now appropriated to the foundation of one or more exhibitions of the yearly value of £15, tenable for two years, and six or more scholarships of yearly value of £3 10s. tenable for two years at some school or place of higher education approved by the governors. Boys or girls may be presented as candidates who are attending any public elementary schools in the parish of Kirton-in-Lindsey, or in Blyborough, Grayingham, Hibaldstow, Manton, Messingham, Northorpe, Redbourne, Scotter, Scotton and Waddingham, preference being given in cases of equal merit to Kirton-in-Lindsey. The charities include Torksey's, consisting of the town yard, left by Richard Torksey in 1679, and the Poor's Close, allotted at the Inclosure in 1803, total value about £10 yearly; another Poor's Close, value about £5 10s. administered by the Parish Council; Hawcroft Close, left by Mary Turner in 1741, value £5 10s.; Jane Wright's, for lame and blind women, being spinsters or widows, yearly value 18s. and Darwin's, which provides four gowns every fourth year. The Spring markets commence on the first Sunday before Palm Sunday for cattle and continue for five alternate Saturdays; the winter markets commence on the Saturday before the 11th of October and continue for five alternate Saturdays. Two large cattle fairs for stock are held on the Green on July 18th and December 11th. On Kirton Green stands the Court House, a detached brick building, where the manorial courts are held. The Diamond Jubilee Town Hall, which occupies a prominent position in the Market place, is a large oblong structure of blue lias and York stone, the greater portion of the material used, including the roof, having formed part of the old sessions hall of the House of Correction; the foundation stone was laid by Emerson Muscham Bainbridge esq. M.P. on 16th June, 1898, and the north-east corner stone by the Yarborough Freemasons. The cost, including the site, was about £1,600, of which·£460 was raised by public subscription, the remainder, £1,140, being personally guaranteed by eight townsmen. The hall is 66 feet by 30 feet; it is used for concerts and entertainments, and will seat about 400 persons. The management is entrusted to a committee consisting of the eight guarantors and four townsmen, the latter being elected yearly. Near the railway station is a tunnel 1,100 yards in length, passing under the hill called "The Cliff". There are limekilns, brick and tile yards, a small iron foundry and steam and wind mills. The manor and soke of Kirton was formerly part of the Duchy of Cornwall, but was sold to the late John Julius Angerstein esq. in 1799. A survey of the manor and soke of Kirton, extending over about 40 parishes, was made in 1616, the original of which still exists in the office of the Duchy of Cornwall; a contemporary copy is to be found among the "Moore" manuscripts in the public library of Cambridge. Trustees of Arthur Oldman esq. are lords of the manor, and Lance C. Iveson esq. of Gainsborough, is the steward of the manor. The Ecclesiastical Commissioners, the Duchy of Cornwall and George Clarke esq. of Sheffield, are the principal landowners. The area is 4,690 acres; rateable value, £10,950; population in 1901, 1,585.

PLACES OF WORSHIP, with times of Services.


An omnibus from the George hotel, Market place, to the railway station meets each train on the Great Central railway

Edward VII was the king and Arthur Balfour was the Prime Minister for most of the year but was replaced by Sir Henry Campbell-Bannerman just before Christmas. Albert Einstein published his theory of special relativity, Teddy Roosevelt became the youngest president of the United States, and the AA was founded to help motorists avoid police speed traps. Also in 1905, the political party, Sinn Féin was founded in order to campaign for the independence of Ireland and Emmeline Pankhurst led the first public protest by suffragettes at Westminster. 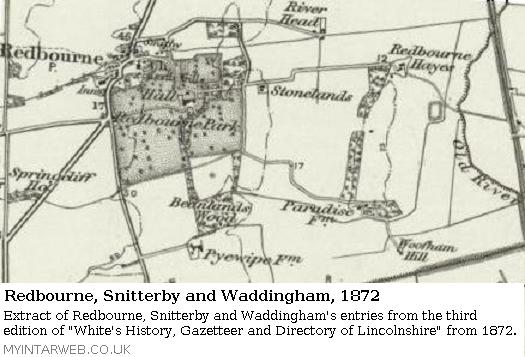 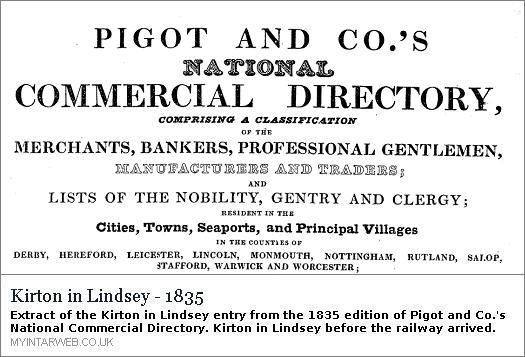