The village of Messingham, Lincolnshire

~ the most miserable place she had ever seen, was a village called Messingham, in Lincolnshire.

An article written by J.S. originally published in Saturday Magazine in November 1833

The Village of Messingham is situated on the road from Gainsborough to Winterton. It stands on a gentle declivity of cultivated ground, overlooking that large tract of low land, through which "the smug and silver Trent" pours its waters to the Humber. This low land was formerly an immense forest, which having entirely decayed away, became a swampy tract of peat and peat-earth, interspersed with barren sand-hills and large pits of water, and, when in a state of open common, presented an appearance singularly wretched and dreary. It was observed by an old lady, who had travelled over a great part of Europe, that the most miserable place she "had ever seen, was a village called Messingham, in Lincolnshire." The truth of this remark every one will readily admit, who knew the place previous to the enclosure, in 1800


After that time, a great and rapid improvement took place. The land was better cultivated, new houses were built, roads made, and a general air of comfort and cleanliness superseded the former squalid wretchedness of the place. But the house of God, the spire of which had fallen down, remained in its old ruinous condition.

In the year 1818, Dr. Bayley, the vicar, resolved to have the fabric put into a state of repair, and rendered, at least, a comfortable and decent place of worship. He agreed with the parishioners, on the payment by them of three hundred pounds, in four annual instalments, to defray the whole expense of rebuilding the nave and aisles; this he accomplished, at the cost to himself of sixteen hundred pounds. The tower was in good condition, having been erected after the fall of the spire, and Mr. Walker, the present lessee of the great tithes, liberally undertook to rebuild the chancel at his own cost, upon which he expended two hundred pounds.

A very neat church, in the old style of architecture, was erected, under the direction of Mr. Wilson, F.A.S., of Lincoln, an eminent ecclesiastical architect and antiquarian. The inside of the roof was finished with Gothic rafters, and panelled between with deal boards. The chancel roof has a peculiarly neat appearance, not only from the beautiful design of the principal supporters, but from its being panelled with narrow boards, made of English larch. The pulpit, the reading-pews, and the stained glass windows, are the objects to which I would call the attention of those to whom matters of this kind are interesting; as they show, very forcibly, what beautiful things an ingenious and intelligent artist may construct out of materials which many persons would consider of no value, and which, in this case, had actually been thrown aside as so much old lumber.

The pulpit was made out of an old canopy from Lincoln Minster, where it formerly stood over three figures, which used to strike the hours and quarters the carving upon it is in the first style of workmanship, and a similar one could not now be got up for less than two hundred pounds. The minister's and clerk's reading-pews were constructed out of an old desk which had been thrown aside, and was decaying with damp, in a vacant part of Althorpe Church. The carved work on the door of the minister's pew, and the back of his seat, was taken from an ancient screen, which stood in the south aisle of the old church.

The cast window in the chancel, and the cast window in the south aisle, are composed of fragments of stained glass given by several friends to Dr. Bayley. These materials were arranged and put together by Mr. Wilson, Mrs. Bayley, and Mr. Stonehouse, the Curate, assisted by a glazier from the neighbouring village of Scotton.

I find an entry in a blank leaf of the old Parish register, stating from whence the different compartments and pieces of glass came. "The two large figures, in the upper part of the window, were the gift of Mrs. Henry Smith, of Gainsborough. They were originally in the windows of the old church at Kettlethorpe, as were also the representation of St. Thomas's Unbelief, and our Saviour's Descent into Hell, which were given by the same lady. Several pieces were brought from Scotton Church; and when these fragments were in their original situation, they were so covered with filth, that few people thought them worth notice. Among these were some beautiful vine-leaves, a figure of the Virgin and Child, several shields, &c. &c. The figure, except the head, with a globe in its hand, came from Snarford Church. The head was brought by Dr. Bayley some years before, with other fragments, from Great Malvern Church, in Worcestershire, when that beautiful fabric was undergoing repair. The mutilated figure of a horse came from Manchester, where the writer of this memoir procured all the beautiful pale bright yellow glass, placed in different parts of the window. It was taken out of the windows of the Collegiate Church, then under repair. The best specimens of scarlet-coloured glass were in the windows of the old church. The glass in the window on the south aisle, came from Manchester, except the shields and other centre-pieces. The figure in the upper part was in one of the windows of the old church."

Every admirer of the fine arts who visit Messingham Church, will readily allow that the work amply repaid the time and patience bestowed upon it. A very beautiful and rich window, containing some exceedingly fine specimens of old stained glass, was made from fragments, many of them apparently worthless, and some of which had been buried in mortar and whitewash for a long series of years.

I beg leave to remind those amongst my readers, who take any interest in collecting and preserving fragments of ancient stained glass, that it is a very common practice to plaster up the heads and framework of the windows in old churches, instead of repairing them when broken. When this rubbish is removed, pieces of stained glass will frequently be found, such as heads of figures, crests, or parts of shields, &c. A little spirit of salts will remove all impurities from the surface, and the colours, being imperishable, will then appear in their original brilliancy.

I cannot conclude this short notice of the restoration of Messingham Church, without contributing a small tribute of respect to the worthy vicar, by whose liberality this good work was effected; nor without expressing deep regret, that any consideration whatever should have induced him to resign the living, and leave a place for the good of which he had done so much.

Rebuilding the church was but one of the many liberal acts which Dr. Bayley performed for the village of Messingham. He found employment for the poor labourer; he provided the sick and infirm with food and medicine; and he instituted, and maintained at his own sole expense, a free day-school on the National plan.

But he laboured in a barren soil. Many of the inhabitants seemed to have no proper sense of his disinterestedness and public spirit. When he began to rebuild the church, some of them said "he would make a fine penny out of the parish !" When he had finished it, at so large an expenditure of his private fortune, there were those who said "Government gave him the money !" J.S. 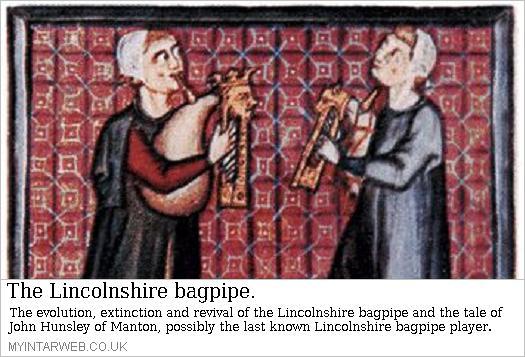