If I can figure it out, why can't the politicians?

I watched a programme last night about Eddie Hall a strong man from Stoke on Trent. Stoke on Trent is a shithole, yet it used to be a busy place, making things. It's a story reflected around the country, sprawling towns, with estates built on industry, now reduced to shitholes by bad government decisions and it needs sorting.

We should be inviting folk in, not forcing them out, we need jobs and industry, we have vast brownfield sites sitting idle. Bulldoze the bastards and offer it up to foreign investors, tax free if they come and build factories, give them tax breaks in line with the jobs they provide, more jobs, less tax; Which will be offset by not paying benefits to the newly employed. Turn the shitholes back into thriving communities again where people can work and have pride. Fast track, college-run training schemes so that by the time the factories are built, the staff are at the door, trained and ready for work.


People in work are too busy or too tired to go robbing and taking drugs, being skint or bored doesn't happen so much when you're working, I fail to see how running an already f*cked country further into the ground benefits anyone barring the few at the top with financial interests in their mismanagement of the country. A rising cost of living and no jobs isn't sustainable and all the decaying estates around the country prove that. Crime is on the rise, no wonder, skint folk go robbing, always have, always will, but if you're not skint, you're less likely to. There will always be those that rob for the sake of easy money, lazy bastards that deserve being locked up, but most rob through necessity to put food on the table and pay the bills.

America is the same, whole cities that were major producers of cars etc., turned into no-go zones after the closure of the industries. Trump bangs on about it, but will we see any results? I'll not hold my breath. We followed America's model, big mistake, yet in Germany they thrive, they came out of the war destroyed, now reunified and thriving. Japan had the shit bombed out of it and rose from the ashes to be what they are today, yet America and the UK, the supposed victors, are screwed, believing you're the world's best is nonsense, proving it is what makes the difference. It's going to get worse, not better, how hard can it be to look around the world at countries on the up, doing well, and take their business model on board and ditch ours, admit we got it wrong and fix it.

Race hate is bollocks, in the main, folk work side by side and get on fine when times are good, in work, providing well for their families. It's when times get tough and money is tight that people see others doing better than them, and the blame game starts. In America, if it wasn't for the Blacks or the Mexicans, they would have work, or here in the UK, let's blame EU workers for stealing our jobs. It's bollocks, if the respective governments had done their job, there would be full employment and job vacancies and we would be crying out for more Blacks, Mexicans and Europeans to fill those jobs and keep us on the up. People aren't queuing up to invest here, they're shitting themselves and making contingency plans to relocate out of here if Brexit goes tits up, we're not saying we're open for business, we're saying no thanks, we're fine as we are. It's stupidity, when you're on a sinking ship you want a lifebelt and a life raft not an anvil strapped around your neck, cut red tape, open the borders and declare that we're open for business, with a vast amount of skilled workers ready for work, college courses for real jobs and not a degree in David Beckham studies just to boost the figures of folk in higher education and to keep the young team off the unemployment statistics.

We've fiddled the statistics for so long like a dodgy pyramid scheme and wonder why it's all collapsing round about us. Government bailouts to save the banks because they're too big to fail, yet the same banks caused the damage in the first place with greed and mismanagement. How about the idea that industry providing jobs, is too big to fail and investing in it, and giving everyone a job, instead of making them sit 35 hours a week trawling the internet looking for non-existent jobs, just to qualify for a giro! I remember going to the DHSS at 16, it was where you went for a job. You looked at the cards on wall, picked one that suited you and applied for it. Now the DHSS is somewhere you go by appointment only, to get your giro stopped and an appointment at the food bank. If the DHSS can't drum up jobs how the f*ck is a Joe Soap supposed to? If you said, "Find me a job, I'll go do it.", the DHSS would say that it's not their job, it's down to you to find the job. An army of keyboard warriors searching for non-existent jobs, just to justify their giro, seems like a vast amount of wasted resources. Give them 6 weeks to find a job, then instead of sanctions, put them to work sweeping streets, picking litter, cleaning graffiti, whatever. Get them used to getting up in the morning and doing 35 hours constructively, then cherry pick the best for the jobs available. Prove to employers that you have good willing workers on tap, not many folk are up for providing free work, but if it stopped sanctions and they knew hard work would lead to a good, proper job, it certainly would be going in the right direction. Benefitting the taxpayer and improving communities in the process. Win - Win. Send out a positive sign to the world.

If you're a Ned, walking into a job interview, saying you want the job, but with no work history, you're on a hiding to nothing. If you can say that you've spent the last 6 months working for f*ck all doing a shitty job just to secure the job you're interviewing for, then the employer would take you more seriously. Local councils are going bankrupt, increasing Council Tax to pay for local services, so spending on improving communities is slashed as non essential, so the shitholes get shittier, free labour could reverse that. The lazy sods that won't get out of bed will get sanctioned. The cream of the young team will rise to the top and get the chance they deserve. But there has to be real jobs at the end of it, that's a must, it has to deliver what it promises, rewards for hard work and effort. Or do nothing, continue as we are and watch as the sprawling decaying council schemes radiate out and spread, joining up as they go, like a virus picture on a map on the news, until eventually the whole country is affected. Burying your head in the sand with an I'm alright Jack it's not my problem attitude is where we're at, and it's doing us no favours. And blaming our woes on countries that are doing well, is hot air generated by politicians without a better idea or a clue.

Free trade agreements with the world sounds good, but only if the world wants to trade with us. But if you have nothing to offer the world, and the signal you send out is, we're a shower of shit that want our cake and to eat it too; And are problematic to do business with to boot, don't be surprised when the world says, "Eh? No thanks. Go f*ck yourself you stupid jumped up little island, we're doing our business with willing, able countries that actually have things to offer.". Wait and see. Out of Europe to gain independence, find out it's shit and jump into bed with America. Simply swapping one thing for another. With a load of old bollocks about how we're already aligned and speak the same language and have more in common than we do with those foreigners in Europe, lol. Which in fairness we do, they are also a failing shower of shitty jumped up folk with an overpowering idea that they're the best in the world, who will just bomb the shit out of you if you even think about saying no to them, producing nothing, offering nothing, just bullies with the biggest guns, it's all bullshit.

Trade implies the trading of goods and services to the benefit of both parties concerned, like a fair swap, but if it's all demands and taking, with nothing to offer in return barring threats of bombing, it's just bullying, and countries distance themselves from that. War isn't what countries want, it's prosperity and fair trade. I'm on a ramble so I'll hit it on the head and go for my bath and then maybe take the kids out somewhere and try to forget all these things that depress me and make me ashamed to be British.

The author of this opinion has chosen to remain anonymous. If you want to send me six or so paragraphs on something you would like to say, either as you, or anonymously, you too could be published on the world wide web. Providing of course I can publish your opinion without getting a brick through my window or being arrested and ending up in jail ;) 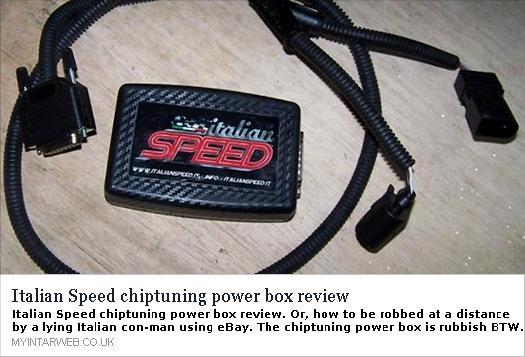 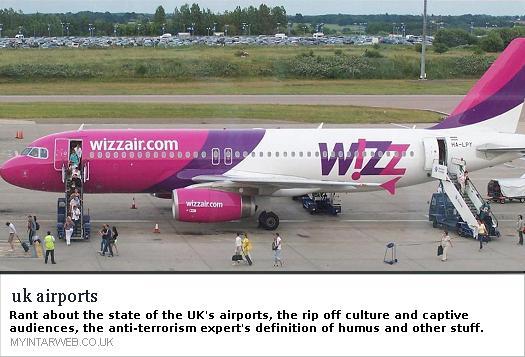 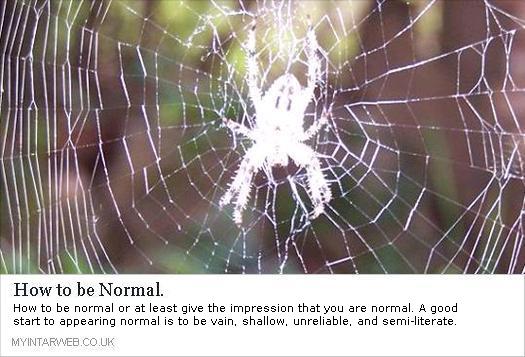